I have been absolutely dying to post this review, I read this at the beginning of April and it’s been killing me to have to wait until now to talk about it.

Because oh my God.

This book. This. book. I cannot remember the last time I ever read something so beautiful. This is a debut novel. A DEBUT NOVEL. God is a woman and her name is Delia Owens because that lady has an absolute gift for writing. There are no words for me to describe how perfect this book was. I’m speechless. I haven’t read a book this beautiful in…years, everything about it was absolutely perfect in every way. I still can’t believe this is a debut novel – I know Delia Owens has written non-fiction books in the past, but for this to be her first fictional novel…I literally have no words. I think I’ve found my new favourite author, I want her next novel. Right now. Please bring out more future novels Delia Owens I pray to thee.

Everything she wrote was perfect, I agreed with every single thing she did in this book, there wasn’t a single thing I didn’t like or I wished had been different, which is practically unheard of. She just got it, it was perfect. The writing was absolutely gorgeous, I loved all of the characters, the setting, the atmosphere…I just cannot express how good this book is. And this might sound crazy, but even for things like, when I thought she was going to take the story down a specific route and do something that was going to make me feel anxious because I was so invested in the characters, she’d suddenly pull it back again and I’d breathe a sigh of relief and think oh thank God for that. It was just perfect. The most beautiful novel. So atmospheric, so descriptive, the scenery…everything. This would have been the perfect thing to read during Summer, when you’re really in that type of setting, you’d just become completely immersed and get lost in that whole world.

There was a point near the end of the book where the climax had been built up so greatly that I was actually sat there shaking as I was trying to hold the book to read it because I was so nervous about what was going to happen, it was so gripping. And then after it had happened I threw the book down in my lap and cried and I was thinking oh my God I can’t remember the last time a story had this effect on me. It was truly brilliant.

People (magazine?) said this was an astonishing debut and I cannot agree with that enough. Delia Owens is an extraordinary writer. She has an absolute gift. 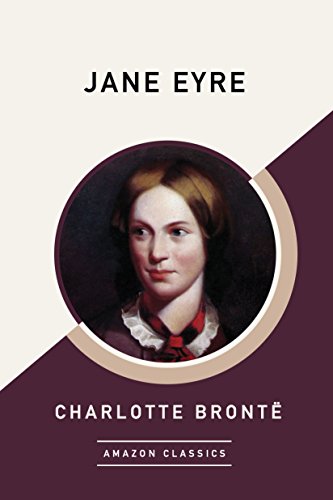 I’m torn on whether to give this 2 stars or 3, I’m sticking with 2 for now but a little part of me still wants to give it a 3 since it’s a classic and there were some parts that I really enjoyed.

The latter half of this book kind of ruined it for me, the first half I thought was very nice – I really disliked Mr Rochester in the beginning and for that I thought his character was written brilliantly, he was completely insufferable. I couldn’t quite put my finger on it but the intent with which his character was written was fantastic – absolutely unbearable to read about and listen to which shows how well Brontë was able to create him. I also liked Jane at first, I liked the fact that there was the element of breaking the fourth wall and I thought she was endearingly funny, especially when recounting her younger years.

There were also a lot of lines and beautiful quotes that I loved throughout, such as –

“It is far better to endure patiently a smart which nobody feels but yourself, than to commit to a hasty action whose evil consequences will extend to all connected with you.”

“His changes of mood did not offend me, because I saw that I had nothing to do with their alternation; the ebb and flow depended on causes quite disconnected with me.”

“He made me love him without looking at me.”

“I like rudeness a great deal better than flattery. I had rather be a thing than an angel.”

So then Chloe, why did you only give this 2 stars?

I shall tell you.

This, as I understand it, is supposed to be, or is regarded as, a “feminist” novel, and as a passionate feminist I should supposedly therefore agree with everyone else’s opinion about the fact that Mr Rochester was an awful man, and Jane was a strong, independent woman, trying to get out in the world and live her own life.

But I don’t have that opinion.

I really liked Mr Rochester, he grew on me a lot and towards the end of the book I actually found him quite endearing. On the other hand, I thought Jane was silly and spoiled things for herself for the sake of nothing – the last 25% of the book I had no time for, as it was just her moaning about the situation she had gotten herself into and the problems she had brought on herself, so I had no sympathy. I completely understand her staying true to herself – that’s not the thing I’m referring to here, but the actions she took in order to “free” herself felt to me like they were the things she thought she should do in order to try and prove…what, that her freedom could not be taken away ?? I can’t even think of another example of what she could’ve been trying to prove, I just didn’t get it. And then we had to listen to her wail and moan about it for what felt like forever afterwards. No thank you.

The last 25% of the book really bored me, I found it much more interesting when reading about life at Thornfield – it was the thing that made me want to keep picking up the book as every time I put it down I missed being in that little world for a bit. Also at the end of the book I felt like she was toying with / teasing Mr Rochester which I didn’t like. I absolutely am not saying that women are places of refuge for broken men and / or that Jane should have felt guilty for her choices, or even have felt any obligation to come back and be the rescuer, because that is not the case, but I still didn’t like the way the whole thing came across, it was a bit too arrogant for me.

So there we go, please let me know your opinions if you’ve read Jane Eyre because I’m so interested to know what other people think!

God this book was rubbish.

You may remember I mentioned this in my aesthetically pleasing book haul where, this book physically fits very nicely because it is of course, very nice to look at, however, unfortunately that’s all it seems to be good for.

The story? Sucked. I knew this was a “young” YA when I bought it and so was a little skeptical to how much I would like it even though I knew nothing else about the book other than that, this means that I also didn’t know it was essentially a re-telling of the Brides of Dracula (I have not read Dracula), but if this book is anything to go off…I will not be reading or watching it anytime soon if I can help it.

Take this with a pinch of salt as like I said, I have not read Dracula, so maybe I needed context in order to appreciate the book, but, the story was just rubbish. First of all it was way too short which basically ensured the story could never actually go anywhere because there were not enough pages to give us a good adventure. The whole thing made no sense, it was so random and underdeveloped, nothing had any emotional impact, it was all very dramatic but never went anywhere, the ending was probably one of the worst I’ve ever read, it was like when you go through a big dramatic story and then the ending is like “and then I woke up and it was all a dream!” – it sucked. There was no point to any of it, I didn’t gain anything from reading this book, there was seemingly no direction at all. It was just so !! random !! and !! pointless !!

I finished the book and was like…what?

It was just rubbish. Apologies to not be very articulate about it but I can’t think of any words other than it was just a rubbish, dead-end story. Would not recommend. 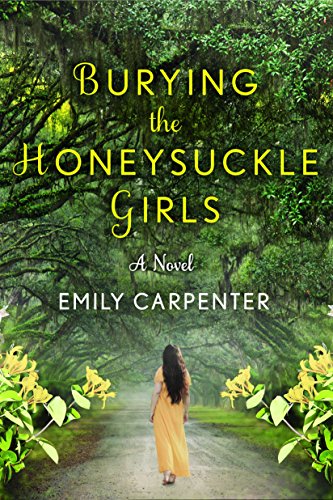 An enjoyable read! I was surprised at how much I actually liked this as Kindle recommendations are usually a hit or miss for me, but I feel like I did actually stumble upon something good for once. The writing was easy to read, it all flowed nicely, I liked the context and the direction of the story, I liked what it was about, stories set in the Deep South are my favourite anyway so I loved it even more for that, the only thing I will say is that the ending was a bit rushed which was quite disappointing. We spent 80-90% of the book trying to figure everything out and then it was all given to us within the last 10% and it wasn’t this big revolutionary magic secret at all, even though that’s what we’d been made to believe up until that point and therefore it just felt like a bit of a cop out for lack of better wording – a little rushed and anti-climatic. However, I did really enjoy the writing, it was so fun and quick and I’ll definitely be making my way through Emily Carpenter’s other books in future.

25 thoughts on “May Book Reviews”