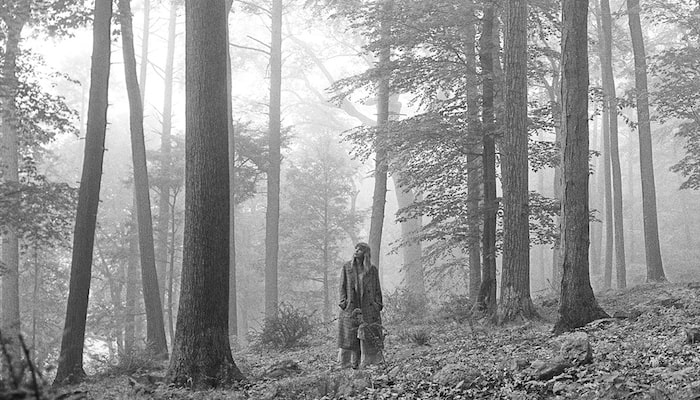 HOW MANY TIMES ON THIS BLOG HAVE I COMPLAINED ABOUT THE FACT THAT I LOVE T SWIFT’S OLD MUSIC AND MISS IT SO MUCH AND WISH SHE WOULD GO BACK TO IT / MAKE MORE OF IT AGAIN.

AND THEN SHE DID. SHE GAVE US FOLKLORE. I’M SO HAPPY.

It’s no secret that ever since Taylor stopped making her older kind of music I’ve always longed for her to go back to it because I think that was her at her best. That’s absolutely not to say that I think you shouldn’t expand and change and try new things but…if I’m being selfish her new pop music just didn’t do it for me and I was so sad because it felt like she’d never go back to that old country-type era, like she’d grown out of it and thought it wasn’t a good selling point and so was trying to appeal to a bigger audience to stay relevant in the pop charts etc. I don’t like to add to this idea that there was an old Taylor and a new Taylor because she’s been the same person always, but nevertheless music wise, there is a line between what seems to be old and new.

So the second she announced this album was called folklore I knew instantly that my prayers had been answered. A whole hour of old Taylor Swift with the most beautiful thought out lyrics I’ve ever heard. I just have to talk about this for a second because (!!!) every song feels so important, delicate and meaningful. My two favourites are the last great american dynasty and betty and I also really love the 1, seven, august and invisible string. I’m just so happy because I’ve wanted her to do this ever since Red (one of the greatest albums of all time fight me on it) and now she has! The songs are a little maturer now which is natural since she’s progressed and grown over time, but this is what I think has been missing and now she’s given it to us and blessed our ears. Thank you T Swift.

Here are some of my favourite lyrics from these masterpieces.

But we were something, don’t you think so? Roaring twenties, tossing pennies in the pool. And if my wishes came true, it would’ve been you.

We never painted by the numbers baby but we were making it count, you know the greatest loves of all time are over now.

A friend to all is a friend to none, chase two girls, lose the one.

But I knew you, playing hide and seek and giving me your weekends.

You drew stars around my scars.

I knew you tried to change the ending, Peter losing Wendy.

There goes the maddest woman this town has ever seen, she had a marvellous time ruining everything.

Holiday House sat quietly on that beach free of women with madness, their men and bad habits…and then it was bought by me.

You’re not my homeland anymore, so what am I defending now?

I can see you staring honey, like he’s just your understudy.

I’m not your problem anymore, so who am I offending now?

So step right out, there is no amount of crying I can do for you.

Even on my worst day, did I deserve babe, all the hell you gave me?

And if I’m dead to you, why are you at the wake?

Cursing my name, wishing I stayed, look at how my tears ricochet.

You know I didn’t want to have to haunt you but what a ghostly scene, you wear the same jewels that I gave you as you bury me.

I didn’t have it in myself to go with grace, ’cause when I’d fight you used to tell me I was brave.

I’m still trying everything to get you laughing at me, I’m still a believer but I don’t know why. I’ve never been a natural, all I do is try, try, try.

I hit my peak at seven, feet in the swing over the creek. I was too scared to jump in but I, I was high in the sky with Pennsylvania under me. Are there still beautiful thing?

Your braids like a pattern, love you to the Moon and to Saturn.

And I’ve been meaning to tell you, I think your house is haunted. Your dad is always mad and that must be why, I think you should come live with me and we can be pirates, then you won’t have to cry.

August slipped away into a moment in time, ’cause it was never mine. August sipped away like a bottle of wine, ’cause you were never mine.

Your back beneath the sun, wishing I could write my name on it. Will you call when you’re back at school?

Canceled plans just in case you’d call and say “meet me behind the mall”. So much for Summer love and saying “us”, ’cause you weren’t mine to lose.

this is me trying

I didn’t know if you’d care if I came back, I have a lot of regrets about that.

You taught me a secret language I can’t speak with anyone else and you know damn well for you, I would ruin myself a million little times.

Bold was the waitress on our three-year trip getting lunch down by the lakes, she said I looked like an American singer.

Time, mystical time, cutting me open then healing me fine.

Cold was the steel of my axe to grind for the boys who broke my heart, now I send their babies presents.

Hell was the journey but it brought me heaven.

Time, wondrous time, gave me the blues and then purple-pink skies, and it’s cool, baby with me.

What do you sing on your drive home? Do you see my face in the neighbour’s lawn?

Every time you call me crazy, I get more crazy. What about that?

It’s obvious that wanting me dead has really brought you two together.

Something med school did not cover, someone’s daughter, someone’s mother, holds your hand through plastic now, “doc I think she’s crashing out”. And some things you just can’t speak about.

Betty, I won’t make assumptions about why you switched your homeroom but I think it’s ’cause of me.

The worst thing that I ever did, was what I did to you.

I’m only seventeen, I don’t know anything, but I know I miss you.

Slept next to her, but I dreamt of you all Summer long.

Betty, right now is the last time I can dream about what happens when you see my face again.

As long as danger is near, and it’s just around the corner darling, ’cause it lives in me, no, I could never give you peace.

All these people think love’s for show but I would die for you in secret.

Your integrity makes me seem small, you paint dreamscapes on the wall.

I’d give you my sunshine, give you my best, but the rain is always gonna come if you’re standing with me.

Give you my wild, give you a child, give you the silence that only comes when two people understand each other.

I think we should all collectively cry about this together in the comments (aka, let me know your favourite songs)