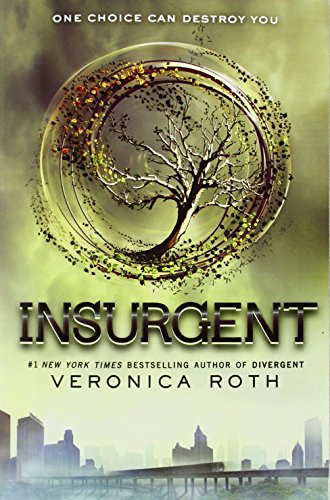 I won’t talk too much about this as everyone’s probably already read it (I am of course very late to the party) but this is the second book in the Divergent series – you can see my review for the first book, Divergent, here. I really enjoyed the first book and gave it 4 stars, one of my favourite genres is dystopian and I thought this was done really well. The second book however wasn’t as good as the first which I believe a lot of other people also found, I also thought Tris was a little annoying and frustrating in this one at times, her age definitely showed as she was quite immature, making stupid decisions and then crying about it afterwards when it was quite obvious what was going to happen, but it was so frustrating / annoying that it wasn’t enjoyable to read. Tris and Tobias’ relationship also left a lot to be desired in this one, I’m not sure why Tobias was so loyal and obsessed with Tris based on the way she was behaving, aka being quite annoying and making stupid decisions, especially due to Roth pushing how mature Tobias is, basically making it one of his main character traits, it didn’t really make a lot of sense. I also thought there were too many characters, I will admit I was getting a little confused at points but gave up after a while and just carried on reading because the characters were becoming unmemorable for me and their factions were all becoming one big blur. Also, Marcus ?????????????? Not really sure what to say about that one.

Overall it wasn’t a bad book, I still enjoyed the read but it definitely wasn’t as good as the first book though I’m still looking forward to reading the final one in the series.

I bought this back in January and due to my recent mental breakdown have found it hard to read and concentrate lately, I’ve only been able to read non-fiction or novellas and even then that has been a struggle. This is basically what it says on the tin – an A-Z book of psychology with a page or two of bite-sized information on each chapter, which focuses on a different person / experiment etc. within psychology. I was able to make lots of notes and found it interesting. 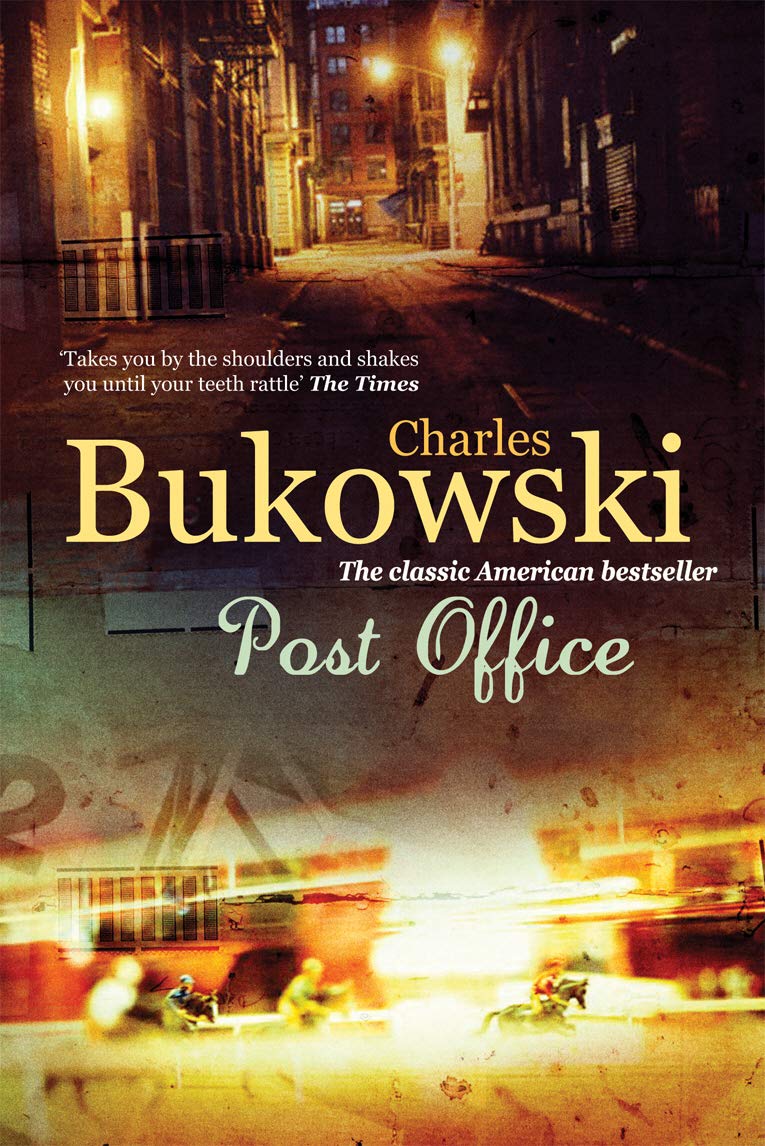 Is Bukowski controversial? Not sure. Post Office is about a guy called Henry Chinaski, who has a job at the post office and basically uses that money to buy beer and one-night stands. He’s middle-aged and has spent 12 years at the post office and is just trying to get by. I enjoyed this book and found it a fun read, Bukowski is a great writer and I can see why this basically catapulted him to fame (if I’m not mistaken) – looking forward to reading more of his work in future. 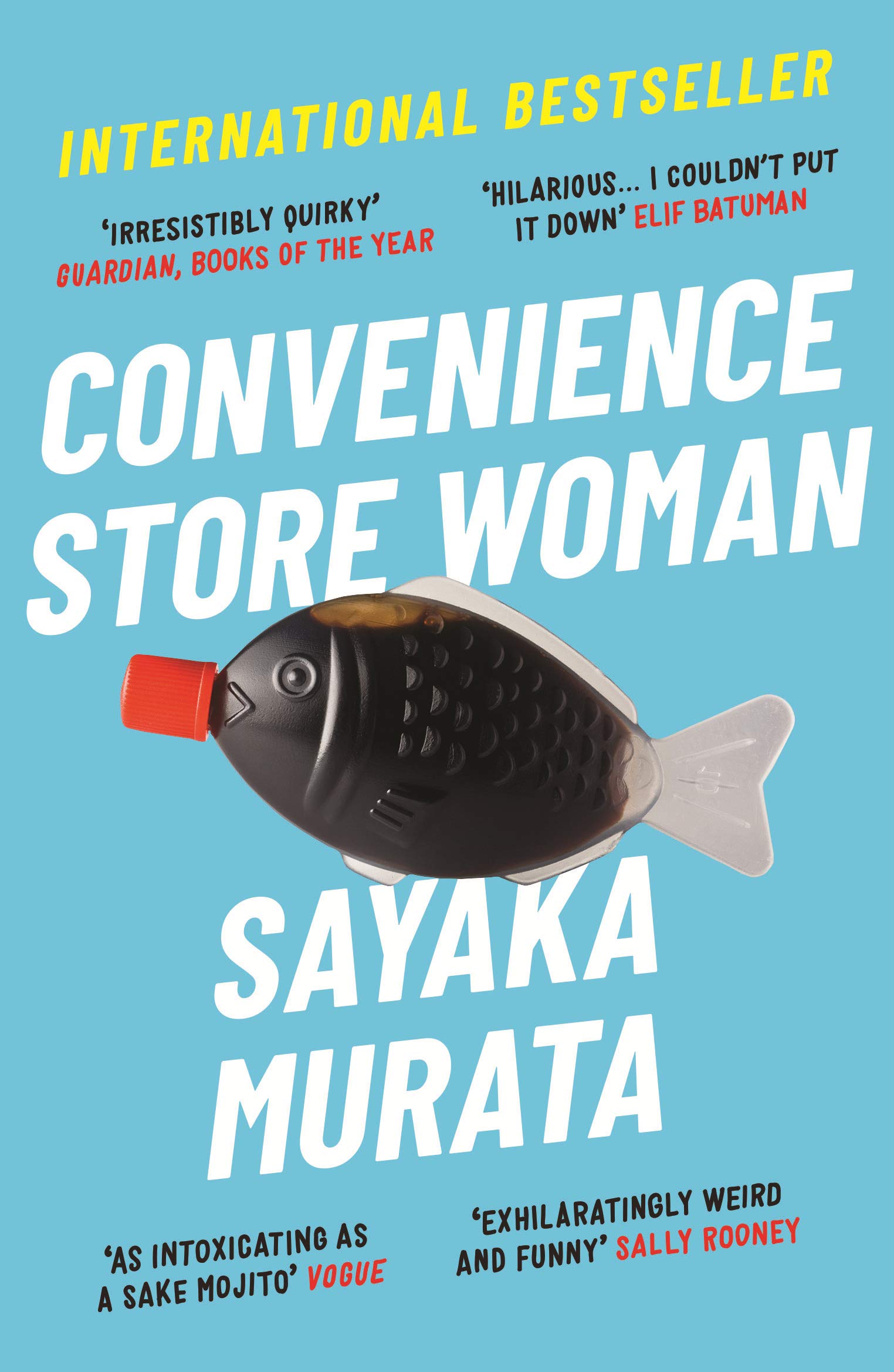 Again, finding it hard to read at the moment so non-fiction / short books are where it’s at. This book is a short little read and is about a 36 year old named Keiko who lives in Tokyo. The title of the book basically explains it all – Keiko is a middle-aged woman with no husband or children and has worked in a convenience store all her life, and the book is essentially about the fact that Keiko is perfectly happy doing this, but everyone in society is telling her that she should be more and do more – she must be a wife, she must have children, she must get a husband, she must be more ambitious etc. etc.

I think a lot of people enjoyed this more than I did, I thought it was very…bland is the wrong word, but kind of bland-average because of course the subject matter is very monotonous, nothing extravagant happens in this book. I think a lot of people enjoyed this book more / rated it higher than I did because they appreciated the point of the novel more and found Keiko’s narration quite entertaining and funny which I didn’t (maybe I wasn’t in the right zone?). I thought the narration was again pretty average, slightly dull and I was often distracted by how the novel had been translated. In my experience with Asian novels they’re always translated in an almost plastic-y way which I don’t like, and this unfortunately fell into the trap with that. Overall a 3 star read and despite what I’ve just said, I would still recommend it because it could be a fun and short read for some people. It was just okay for me.

Again, keeping with the non-fiction self-help vibe I decided to read this by David Hamilton. It essentially tells you that your brain is a malleable and mouldable object that you can change based on your thoughts. Old (negative) thoughts are the things that are ruining your life and your brain has created pathways with these thoughts, so the idea is to think new and positive thoughts to overwrite the old pathways so that they are no longer used and essentially die because of this, resulting in you feeling better and changing your brain’s mould into something new. This book was very helpful and really taught me about the huge effect the placebo can have – for example if you’re sick, think inside your mind about shovelling the sickness out of you and suddenly you’ll start to feel better. Or think about lifting weights at the gym and that part of your brain will become thicker and increase, as if you have actually been lifting weights at the gym even though you haven’t lifted a finger. It really taught me about the power our brains can have and I’ve definitely been using the techniques here in order to help with my anxiety. Would definitely recommend this book as it’s some great knowledge to have.

So this book is made up of two philosophical essays by Aldous Huxley – The Doors of Perception and Heaven and Hell. The Doors of Perception is about Huxley’s experience when taking the drug Mescaline, the story is basically a recollection of his trip talking about his experience and its relation to art and religion. I gave this one three stars as I thought some of his observations were quite striking, almost as if I was reading through the lens of a kaleidoscope, would be a good way to put it. There’s one section where he’s talking about the folds in his trousers and the description and detail is truly striking – who knew something so bland and plain could sound so exquisite.

The second essay, Heaven and Hell, was not so much to my liking. I don’t know if it’s just because I was in the wrong frame of mind when reading it but I truly found this one like an endless ramble of droll. Heaven and Hell was written after his trip with Mescaline and is essentially a narration on different patterns, colours, designs and shapes. I really can’t remember a thing about this one as I think my brain glazed over when reading the entire thing, as it just seemed to be a load of ramble about things I couldn’t seem to make sense of, possibly my fault and alas, I’m sure there are people that very much enjoy this essay, unfortunately I just wasn’t one of them.

A super short (I’m talking 40 pages if that) story about Galatea, a beautiful marble sculpture of a woman that has come to life through being blessed by a Goddess. The Sculptor who created her (Galatea’s husband) is basically an obsessive, controlling psychopath and wants to keep Galatea under control and most importantly, to himself, for she is the most beautiful woman anyone has ever seen. Galatea is therefore locked away inside a hospital where she’s under the constant watch of doctors and nurses, but one day she escapes to go back to the daughter she was forced to leave behind.

I enjoyed this story, there’s not much I can really say about it because it was so short but it was good, a lot of people would call it feminist which it is, but it’s more like a story first, feminist second. As we all know by now, Madeline Miller is a good writer. Looking forward to reading more of her work in the future.

I bought this when I went to London purely as a cover buy, I kind of just wanted to walk into the shop and buy something pretty that I hadn’t heard of before, so this was the book I chose. This story follows Lilia, an elderly woman in a nursing home who has had an interesting life and chooses to share it with us. When she was younger, she met a man named Roland and had encounters with him she’ll never forget. Roland passed away but while he was alive he kept a diary throughout all of the years of his life, these diary entries were published in a book that Lilia is now reading and commenting on throughout, whilst also giving us the story of her life and experiences.

Fair to say, I didn’t really enjoy it that much. I don’t think Yiyun Li is an author I’ll be picking up again in future.

And there we have it loves – let me know if you’ve read any of these!